(Summary description)Recently, Federal-Mogul has actively promoted steel piston technology in China and claimed that with the implementation of the National Five Standards, steel pistons will have greater demand in the field of heavy-duty diesel engines in China. 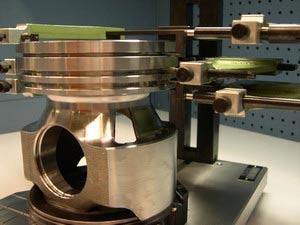 (Summary description)Recently, Federal-Mogul has actively promoted steel piston technology in China and claimed that with the implementation of the National Five Standards, steel pistons will have greater demand in the field of heavy-duty diesel engines in China.

Recently, Federal-Mogul has actively promoted steel piston technology in China and claimed that with the implementation of the National Five Standards, steel pistons will have greater demand in the field of heavy-duty diesel engines in China. The reporter learned that domestic automotive piston manufacturing companies and R&D institutions are also engaged in the research and industrialization of forged steel pistons. For example, Bohai Piston has launched the "High-power and low-emission engine forged steel piston technology R&D and industrialization" project.

On April 11, Xu Yuliang, assistant to the president of Quanchai Group, told reporters that all of Quanchai’s aluminum alloy pistons ("aluminum pistons") are currently used. Conforming to the general trend of lightweight, currently Cummins, Yuchai, Weichai, Quanchai and other domestic and foreign engines all use aluminum alloy pistons. So, when aluminum pistons are "popular", why do you say that steel pistons will develop after 2017? What are the advantages of steel pistons that aluminum pistons are difficult to achieve? With these questions, the reporter interviewed many well-known domestic and foreign pistons and Diesel engine company.

■ The piston must be synchronized with the engine upgrade

"The earliest automobile engine pistons in the world were cast iron, and China is the same. Later, aluminum alloy materials were favored by automobile engine companies for their light weight, good thermal conductivity, and low expansion coefficient, and began industrial manufacturing. "On April 11, Liu Shiying, assistant general manager of Shandong Binzhou Bohai Piston Co., Ltd., said that with the rapid development of high-horsepower automobile engines, especially the application of turbocharging and intercooling technology for heavy-duty diesel engines, as well as the application of large bore diameter and high compression ratio, The requirements for low emissions continue to increase. Traditional aluminum alloy piston materials cannot meet the requirements of its use, so many domestic and foreign piston material research institutions and manufacturers have introduced many new piston materials, such as forged steel, ceramics and composite materials. According to the reporter's understanding, the current high cost of ceramics, composite materials and other piston technologies are still not fully mature.

Compared with aluminum pistons, what advantages does steel piston technology have to meet the needs of high-performance heavy-duty engines?

In the interview, Liu Shiying told reporters: "Aluminum pistons are light in weight, have low reciprocating inertia, and have low manufacturing costs, but they cannot meet the requirements of high-strength diesel engines. Steel pistons are capable of doing this, and at the same time, the piston compression ratio is small, which can reduce the overall height of the engine. At present, its manufacturing costs are high, including blanks and mechanical processing, and the requirements for manufacturing technology and equipment are also high, but the cost will drop significantly after industrialization."

At the Federal-Mogul Steel Pistons Technology Exchange Conference held at the end of February this year, Norbert Schneider, Global Application Engineering Director of Federal-Mogul Powertrain Heavy Vehicles/Energy, Industrial and Transportation Pistons, also introduced the advantages of steel pistons to reporters in detail. He said: “Firstly, our steel piston adopts a double friction welding structure and has a large-sized closed high-mounted cooling channel, so it has excellent high temperature resistance and can withstand the high cylinder pressure of heavy commercial vehicle engines. Secondly, the steel piston The throat temperature can be reduced by as much as 50 to 100 degrees Celsius. The closed welded oil passage structure can still reduce the deformation of the piston ring groove by up to 80% under the maximum load, and enhance the fatigue strength of the throat design by up to 4 times, which can effectively solve the national five The National Sixth Standard puts forward high-specification requirements for thermal load, mechanical load, friction and wear, and cylinder liner cavitation. Third, the unique pin hole process of the steel piston greatly improves the reliability of the steel piston, and the special weight reduction design The lightweight design of the steel piston is realized, and the low-friction coating can significantly reduce the friction loss of the piston. These features greatly improve the reliability of the piston and reduce carbon dioxide emissions." The relevant person in charge of MAHLE told reporters In the EU NEDC operating condition test, it is shown that MAHLE steel pistons save 3% of fuel compared with aluminum pistons. By reducing friction loss and improving thermodynamics, steel pistons have significant potential in reducing carbon dioxide emissions.

■ High explosive pressure will change the rules of the game "Burst pressure is a very critical factor for the entire engine industry to change the rules of the game." Norbert Schneider told reporters that the implementation of National V and National VI emission standards will lead to a greater number of Chinese automotive engines In particular, the demand for steel pistons in heavy-duty diesel engines will increase. The explosion pressure is the highest pressure in the engine cylinder, which determines the engine's external output power and emissions. Norbert Schneider introduced to reporters the evolution trend of engine explosion pressure in developed countries in Europe and America. It was only 110 bar in 1961, rose to 180 bar in 2000, then accelerated to 240 bar in the following years, and is expected to reach 270 bar in 2020. At present, the explosion pressure of China's vehicle engines is lower than 180bar, but Norbert Schneider judges that after the implementation of the National V emission standards for commercial vehicles, the explosion pressure of heavy commercial vehicles will reach more than 180bar, which is close to the explosion pressure area of ​​steel pistons. Therefore, after my country achieves the national five emission standards, steel piston technology will have a "strength".

Scan the QR code to read on your phone 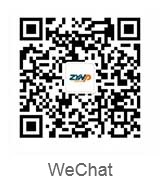